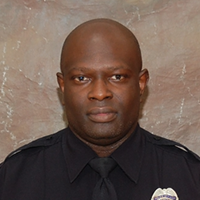 Investigator Dornell Cousette was shot and killed while attempting to serve a warrant at a home near the intersection of Short 17th Street and 33rd Avenue at 6:25 pm.

Investigator Cousette was transported to a local hospital where he succumbed to his wounds. The subject was arrested after showing up at the hospital as a result of his gunshot wounds.

Investigator Cousette was a U.S. Army veteran and had served with the Tuscaloosa Police Department for 13 years. He is survived by his two daughters and fiancée.

In February 2020, 35th Street was renamed to Investigator Dornell Cousette in his honor.